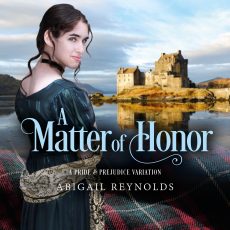 What could be better than a Pride & Prejudice variation set in Scotland? Hearing the audiobook version with all those luscious Scottish accents! Yes, the audiobook of A Matter of Honor is available now from Audible, Amazon, and iTunes. Narrator Elizabeth Klett did her usual fabulous job bringing Elizabeth and Darcy to life – her reading of Darcy’s letter brought tears to my eyes – but her reading of Duncan MacLaren, the Highland laird’s son, was absolutely swoon-worthy. That boy could give Darcy a run for his money as a romantic hero!

Want to hear it? I’m giving away 2 audiobook copies to US or UK listeners (sorry, that’s an Audible requirement). Leave a comment below to enter!

When Fitzwilliam Darcy, still smarting from Elizabeth Bennet’s rejection, discovers she was forced to flee her home in disgrace owing to his actions, his course is clear. He must marry her. It is a matter of honor. All he has to do is find her and propose. Surely that will be simple enough.

But Elizabeth does not want to be found, especially not by Darcy. From the moment he entered her life, he has caused disaster after disaster. Now he has followed her all the way to Scotland, foolishly certain it’s within his power to fix all her problems. But far more is at stake than Darcy knows.

Darcy’s quest takes him from backstage at Edinburgh’s Theatre Royal to the wilds of the Scottish Highlands, where mysterious Highlanders prove both friend and enemy. And now his search risks exposing long-hidden secrets that threaten his happiness and her future.

On the run and in danger, Elizabeth is forced to make impossible choices to protect those whom she loves – including Darcy. Her growing attraction to him is at war with her need for caution, and the stakes are impossibly high. Can she trust him to continue to fight for her protection when he knows the whole truth? And if he does, will it be for love… or will it be merely a matter of honor? 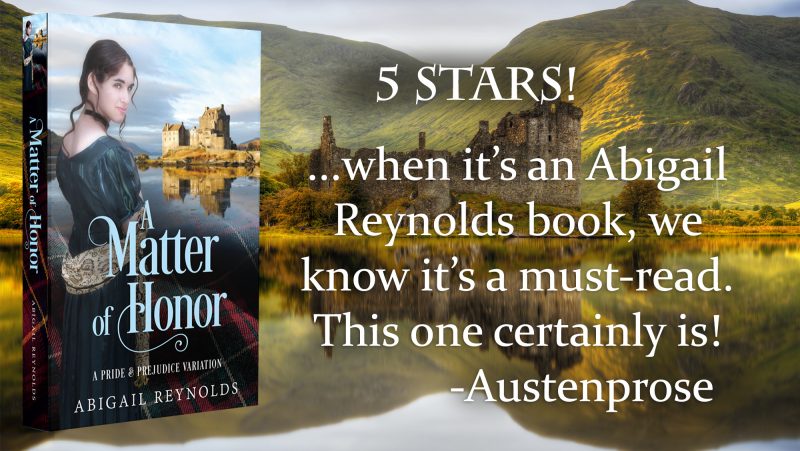 Oh, to be in the Highlands, with or without Mr. Darcy! Don’t forget to leave a comment to win an audiobook! Winners will be chosen on 7/20.

Edited to add: Winners are Kate B, Gayle, and Elizabeth Clairr! I’ve sent you emails.