“What a beautiful story Abigail Reynolds has brought to the many devoted Jane Austen fans.” – A Bibliophile’s Bookshelf 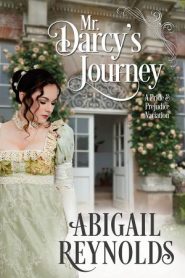 Mr. Darcy is at his wits’ end. Elizabeth Bennet, the woman he can’t live without, overhears him insulting her family. Now she won’t even listen to his apologies. Then his old friend Sir Anthony Duxbury tells him two of their friends are in terrible danger. If Darcy wants to help them, they have to leave for Yorkshire immediately.

But something doesn’t add up. Elizabeth claims to know Sir Anthony, too – but by a different name. What game is his old friend playing? And is it dangerous?

Even Sir Anthony says the trip is dangerous. The Luddite rebels are on the verge of armed revolt – and he should know, because he’s one of them. Darcy’s cousin Lady Frederica decides she’s going with them anyway, and insists on bringing Elizabeth. Could this be Darcy’s chance to earn Elizabeth’s forgiveness and her love?

Elizabeth would rather face a squad of Napoleon’s soldiers than spend three days trapped in a carriage with Darcy and his headstrong cousin, but she has her own reason for agreeing to come. If she can just manage to keep her temper, she may be able to rescue her uncle from financial ruin.

But when a Luddite riot erupts around them, it’s Darcy and Elizabeth who need rescuing – from each other.