“Readers who can’t get enough of Darcy and Elizabeth will find that Reynolds does an admirable job of capturing the feel of the period in this entertaining diversion.” – Booklist 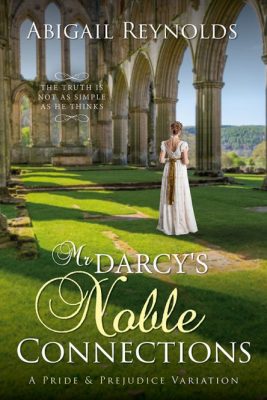 There’s only one fact that notorious rake Lord Charles Carlisle and his cousin, Fitzwilliam Darcy, can agree upon: a house party given by the Marquess of Bentham is bound to be intolerably dull. To relieve his boredom, Lord Charles accepts a bet that he can seduce his sister’s pretty friend during their stay at Bentham Park. After all, it’s easy money for an experienced seducer. Why should he care if his staid cousin Darcy disapproves?

But when Darcy discovers that Lord Charles’ new target is none other than Elizabeth Bennet, the woman who refused Darcy’s offer of marriage, he cannot stand by and watch as the woman he still loves is callously ruined. What he doesn’t know is that Lord Charles has a dark secret, and that his attentions to Elizabeth may not be what they seem. After a midnight rescue, clandestine meetings, a long-lost son, conspiracies, blackmail, and an attempted elopement, everyone can agree that this house party is anything but dull.

~ Photos of the settings for Mr. Darcy’s Noble Connections ~