“A story to make any reader who ever loved Darcy love him even more.” – The Apprentice Writer 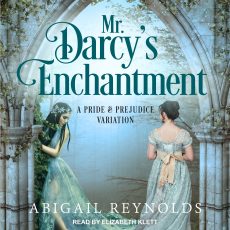 My book Mr. Darcy’s Enchantment actually came out in audiobook format from Tantor Media last month while I was still recovering from Lyme Disease and two days before I released A Matter of Honor, so I never managed to celebrate it with a giveaway. Getting this audiobook made was a challenge because not only is it exceptionally long (twice the length of most of my books), but it also involves a lot of talent for different voicing for characters for Faerie, not to mention some ingenuity to voice the highly communicative meows of Pepper, the magical cat. 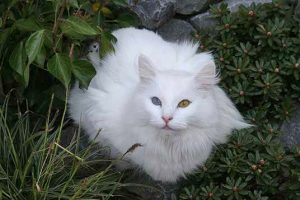 Mr. Darcy’s Enchantment is a magical Pride & Prejudice variation with elements from Shakespeare’s A Midsummer Night’s Dream, so I was incredibly fortunate to have the audio talents of Elizabeth Klett, who is an English professor by day and audiobook narrator by night, and whose academic specialties include Shakespeare and Jane Austen. And let me tell you, she did a fabulous job with Pepper’s sardonic meows, too!

But why would you be interested in a book that mixes Pride & Prejudice with magic? Well, this is from Austenesque Reviews’ 5 star review: “Whether or not you enjoy fantasy and believe in magic, this enchanting and compelling variation by Abigail Reynolds will cast you under its enigmatic spell…. Abigail Reynolds constructs a fascinating fantasy that entwines Jane Austen’s characters in an enchanted adventure filled with secrets, new prejudices, conflicts, corruption, and of course, magic.” It also won the Readers’ Choice Favorite Award for 2018. Another reader said, “I wasn’t sure I’d like it and I couldn’t put it down.”

Today I’m giving away a free audiobook of Mr. Darcy’s Enchantment from Audiobook.com to a lucky commenter. The audiobook is also available on Amazon, Audible, iTunes, Kobo, and Google Play, and to libraries through Overdrive and Hoopla. If you’d like to win a copy, please leave a comment.

In a Regency England where magic and faeries are real . . .

Fitzwilliam Darcy is a powerful magician who controls fire, water, and wind. What he cannot control is his growing feelings for Miss Elizabeth Bennet.

Elizabeth’s sentiments towards Darcy are quite different. She detests his arrogance, and she fears he will expose her use of forbidden magic—forbidden to women, that is. He is the last man in the world she would choose to help her on a difficult and dangerous task.

But when a magical war looms between the land of Faerie and their world, a Lord of Faerie demands that Darcy and Elizabeth serve together as his emissaries to make peace with the other mortals. That mission throws them into the middle of a chaotic power struggle between magicians whose power dwarfs their own, and everything Elizabeth has ever believed about her family, her friends, and her enemies will be called into question.

Want to know more? You can read the first few chapters here.

Don’t forget to comment to win an audiobook! You can tell me something that interests you about this book — or, if you’ve already read it, I’m in rather desperate need of advice about how to handle a certain Faerie prince named Aelfric who keeps trying to break into my next story…. 😉 Want a second chance to win? I’m also giving away a copy at Austen Variations, and you can comment there, too!

Note: The Giveaway has ended. Congratulations to the lucky winner, Elizabeth Thomas!