“Reynolds stays true to Austen’s beloved novel, simply taking a different route to the same outcome.” – Diary of an Eccentric 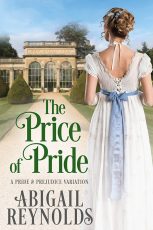 I’m pleased to announce that The Price of Pride is finally available! After many delay and lots of, well, 2020, I’m so glad it’s finally out! Usually when I release a book, I plan a blog tour and lots of celebration, but somehow that just doesn’t seem right in a time that’s so difficult for so many people. Not to mention that it would require more organization that I could manage right now! But I’m going to be giving away two copies of the ebook here.

The Price of Pride available now at Amazon, Barnes & Noble, iBooks, Kobo, and more. It’ll go into Kindle Unlimited at some point in the future. The audiobook is in the process of being recorded by the talented Elizabeth Klett.

Yes, this is the angsty book where Elizabeth is engaged to Darcy’s estranged brother! It’s already getting some great reviews, though it’s only been out a day. Helyn Roberts says, “I’m notoriously fussy on the whole Austen follow-ons and I absolutely loved this one. Abigail Reynolds has indeed given us a treasure.” Marie Hudson says in a 5-star Goodreads review, “Un-put-down-able! Ms. Reynolds has gifted us with another very well written, captivating and romantic page turner. It is a definite must-read I definitely recommend!” And author Lari Ann O’Dell says, “5 stars! I immensely enjoyed the journey as I followed Elizabeth and Darcy down a complex and sorrowful road to their happily ever after. I was compelled by the new back story given to the Darcy parents, Andrew’s investment in the abolitionist movement, and Darcy’s new interest in tropical botany. There is a scene involving a banana tree… er, plant… at Pemberley that is excessively diverting and heartwarming. The angst is high, but the happy ending is delightful, unique, and well earned. You will not be disappointed if you pick up this book.”

So, without further ado, here’s the blurb for my long-awaited evil plot bunny of a book:

In Love with His Brother’s Betrothed…

As far as Fitzwilliam Darcy is concerned, the only good thing to come of Elizabeth Bennet’s bitter refusal of his heart and his hand was his new resolve to prove himself a better man. He’d done it, too, by closing the painful distance between himself and his estranged younger brother, Drew. And now Drew is newly engaged to be married…to Elizabeth Bennet.

Family duty forces Darcy to support the engagement, especially since even the smallest hint of disapproval could ruin the brothers’ hard-won reconciliation. But how can he bear to watch his brother marry the woman he loves? To see her in Drew’s arms, bearing Drew’s children, and forever out of his reach?

Elizabeth has no choice but to accept an engagement to handsome Drew Darcy. He’s amiable, educated, and respectable, and if it weren’t for his last name, she wouldn’t even mind the idea. But to marry the brother of the gentleman she’d so coldly rejected only months before? Especially now that she realizes her feelings for him are far from sisterly. How can she marry Drew while longing for his brother? But the cost of breaking her engagement would be ruination, and with it, the loss of any hope of a life with Darcy.

Trapped by loyalty, love, and propriety, there is no way out. But old family secrets haunt the two Darcy brothers. Could those secrets, when brought out in the open, change everything?

I hope this will tempt you to give The Pride of Pride a try! If you’d like a chance to win an ebook copy, please leave a comment here – maybe tell me if you think you can ever forgive Drew for his engagement to Elizabeth. Or whether you can forgive me for writing such an angsty book! 🙂  Edited to add: Congrats to winners Eva Edmonds and Paula Breuger! 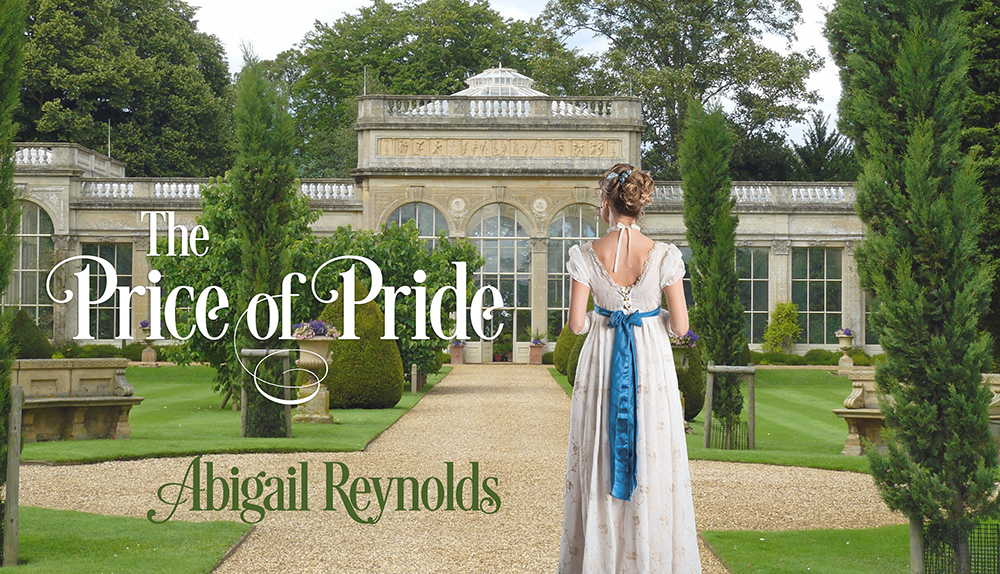